I chose to give myself a break for a few weeks from writing my blog as I had a lot going on in my life both personally and professionally.

Sometimes to fully understand and appreciate the time you need to pause or for some of us stop and reflect fully.

It was 1988 and my father has been passed away for 5 months. I found myself looking for a job as I could no longer attend University from a financial perspective with my dad gone.

I interviewed for a Technical Assistant position for a local business who specialized in agriculture and finance. It was the best interview I have ever participated in.

When I walked into the office of Mr. Stephen MacClure there were two chairs. One beside him and one directly across from him. The first “test” was to see which chair I chose to sit in.

He made eye contact with me, shook my hand, smiled and then gestured with his hand to sit down.

The first question posed to me was “why did you choose to sit there?”

As I reflect back on that moment as a young woman, I realized that I have intuitive gifts and a sense of energy to most things that I chose to do or participate in, even to this day.

I chose the chair across from him and moved it slightly to one side. He went onto to explain the role and I was so impressed with his communication style, demeanour and overall interview style, I knew I had the job!

Picking the “chair position” is quite fascinating. If this intrigues you, visit: https://under30ceo.com/sit-interview-meeting/

I started the next day. It was a busy environment full of programmers in both the Mainframe and PC world. Instantly I was catapulted into a new world and my mind was like a sponge to learn as much as I could. There is no better learning than on the job training.

In 1990, the company was downsizing and relocating some of their IT projects. My role was being eliminated and that is when my life changed forever.

Steve asked to see me in his office. He explained that my role was being eliminated and that he strongly felt I should not look for another job but go out into the world and be an entrepreneur.

He saw in me at 24 years old that I had yet to see or realize. Within three months, I landed an international contract with the Australian Department of Defense within the General Dynamics plant in London, Ontario. I’ve been self-employed since 1990.

Steve was one of the best management consultants I knew and he worked all over the world. He worked for many Fortune 500 companies.

He taught me the value of being a good person. He helped me hone my listening skills to hear and feel what people are saying.

Steve was a true leader of people. He passed away on February 12, 2017, after a short battle with cancer.

When I went to say goodbye to him, I promised him that I would carry on his legacy of loving people, teaching people, leading people and communicating to the best of my ability as he had instilled those qualities in me.

For any of you who knew him, had the pleasure to work with him or be lead by him on a team, you know what a privilege and honour it was.

Steve was also a devout Christian, and had an immense passion for playing the guitar/songwriting, which are evident through his home-based music studio, and Giving Back – a Christian music ministry (www.GivingBack.ca).

Rest in peace, my friend. 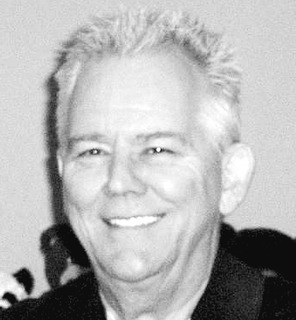